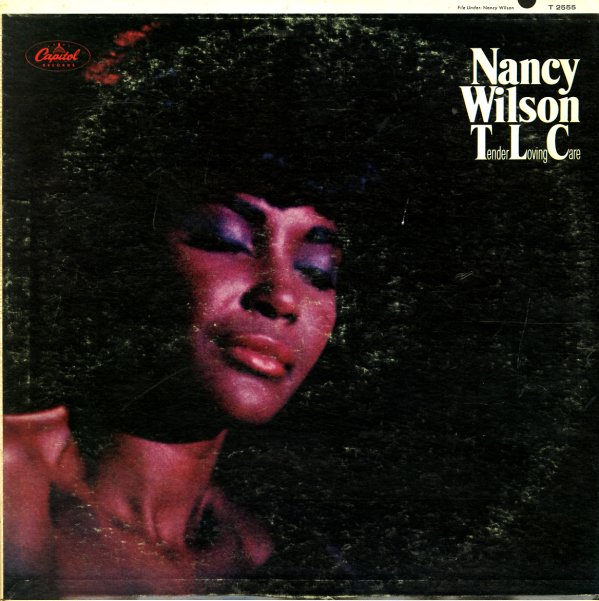 Tender Loving Care has Nancy singing with arranger Billy May – who comes across here with a bit more sensitivity than usual for his Capitol work, especially given the 60s time of the recording! Sometimes, May is using full strings as a broad pillow of sound for Nancy's vocals – but other times, he strips things down and goes for a livelier, jazzier approach that's even better – one that helps give the familiar tunes a new lease on life in the hip Wilson style of the 60s. Titles include "As You Desire Me", "Like Someone In Love", "Don't Go To Strangers", "Tender Loving Care", "Love-Wise", "Try A Little Tenderness", and "Close Your Eyes".  © 1996-2021, Dusty Groove, Inc.
(Rainbow label stereo pressing. Cover has light surface wear, some seam splitting, and a name in marker.)