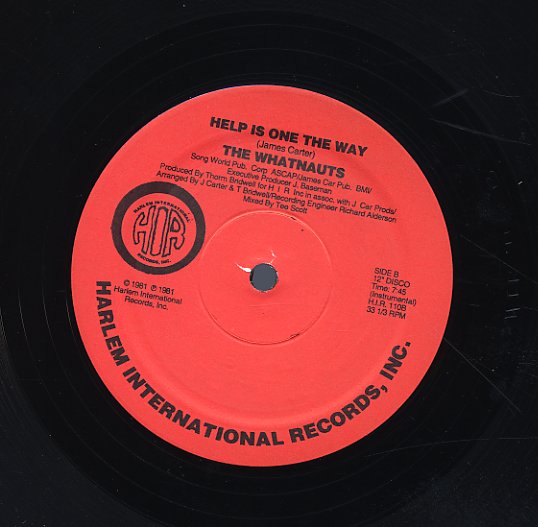 Help Is On The Way (voc, inst)

An obscure later tune by The Whatnauts – issued years after their classics for All-Platinum in the early 70s – but proof that the group is always great, no matter what the setting! This tune's got a mean mean boogie groove – and was sampled to great fame by De La Soul in "Ring Ring Ring", but stands beautifully on is own. There's a rollerskating bounce to the track that's completely sublime – and the tune steps on and on and on without missing a beat! Not on any LP, either!  © 1996-2021, Dusty Groove, Inc.
(Original pressing!)

When I Think Of You (dance rmx, inst, extra beats, dub acapella)
A&M, 1986. Very Good+ (pic cover)
12-inch...$4.99
A remixed version of one of Janet's bigger tracks from the landmark album Control – served up here in all its Jimmy Jam/Terry Lewis brilliance! 12-inch, Vinyl record