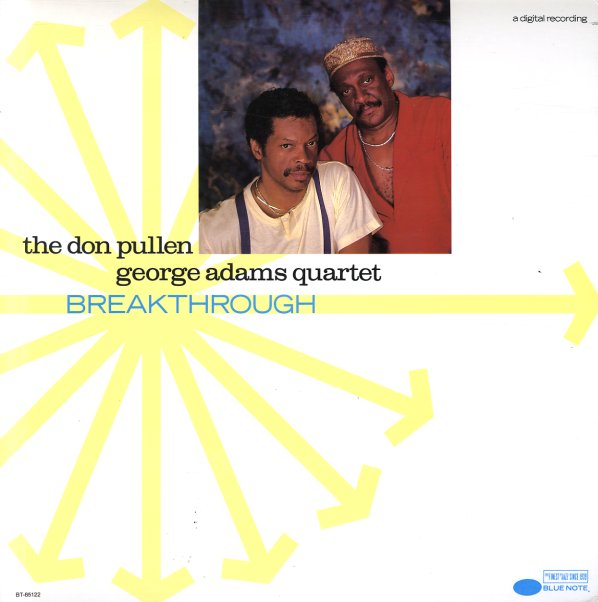 Great work from the Don Pullen-George Adams Quartet – a great post-Mingus group that features Adams on tenor and Pullen on piano – along with Dannie Richmond on drums and Cameron Brown on bass! The sound of these sides is really wonderful – as inventive and exploratory as some of Pullen's earlier work, yet carved out with a sense of rhythm and soulfulness that all players had clearly learned from Mingus – a focus that's really wonderful, and which takes this Blue Note gem far past some of the other Pullen/Adams collaborations in other settings. Titles include "A Time For Sobriety", "Mr Smoothie", "Just Foolin Around", and "We've Been Here All The Time".  © 1996-2021, Dusty Groove, Inc.
(Still sealed in the perforated outer sleeve with Blue Note DMM sticker. Cover has a cutout hole.)