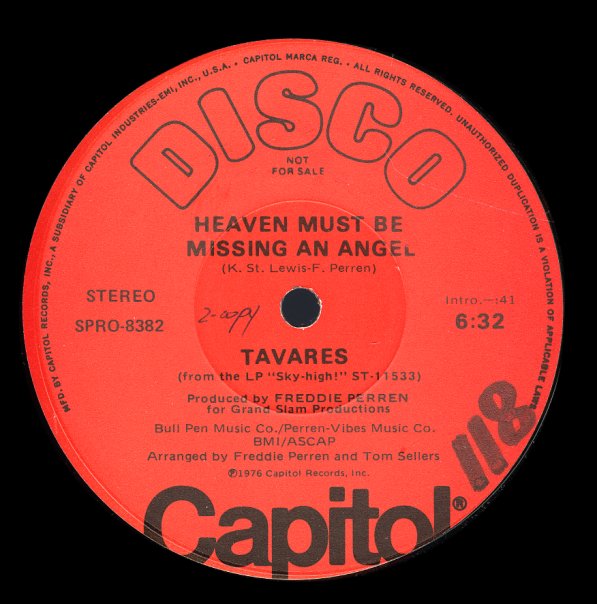 Heaven Must Be Missing An Angel (mono, stereo)

"Heaven Must Be Missing An Angel" is one of Tavares' biggest cuts ever – a smooth uptempo number from the mid 70s, a great AM radio groover, made even more famous as a disco cut once the Saturday Night Fever generation got a hold of it!  © 1996-2021, Dusty Groove, Inc.
(Original promo pressing. Labels have initials in marker.)