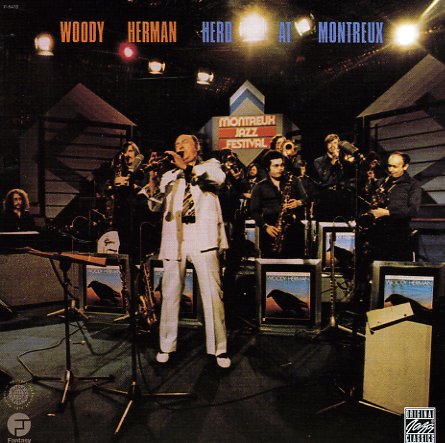 Funky Woody caught live at Montreux – a really wonderful set that follows strongly from his tight grooves of the Cadet years, and which is easily one of his best for Fantasy! Despite the live setting, the group are every bit as tight as they were in the studio during these years – really cracking the rhythms at the bottom of the tunes, so that even unlikely numbers come up sounding nights and groovy. Arrangements are by Richard Evans, Gary Anderson, and Alan Broadbent – and titles include a surprisingly funky version of "Fanfare For The Common Man", the electric piano groover "Montevideo", a funky take on Billy Cobham's "Crosswinds", and versions of "Superstar" and "Can't Get Next To You".  © 1996-2020, Dusty Groove, Inc.

Eloquence
Fantasy, Mid 70s. Near Mint-
LP...$19.99
Beautiful sounds from Bill Evans – unreleased material from the mid 70s – one side that has Bill on electric and acoustic piano, with Eddie Gomez on bass – another side of solo acoustic work! LP, Vinyl record album