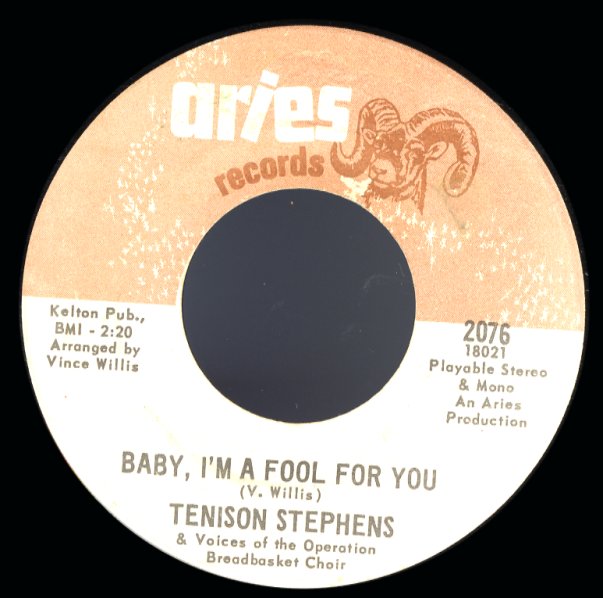 Hurry Change (If You're Coming)/Baby, I'm A Fool For You

Two excellent cuts from this obscure Chicago soul singer! "Hurry Change" is a sweet soulful number, with Tenison's vocals raspily laying out the slightly sad lyrics, with additional vocal backing by the Operation Breadbasket Choir. "Baby, I'm A Fool" is great, too – with a loping Chisoul groove that feels a bit like some of the work on Brunswick at the time, but which is done here with a rawer sound that's really great!  © 1996-2020, Dusty Groove, Inc.
(Label has some pen.)