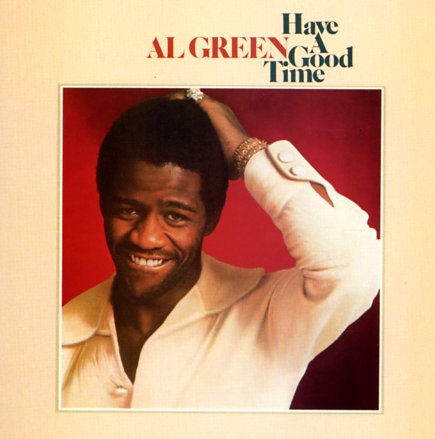 Have A Good Time

Although the date of this one might make you think that Al's softening it up a bit, that's definitely not the case! If anything, the record's a bit rougher than some of his earlier albums on Hi – with Willie Mitchell still working on production and arrangements, but perhaps not crossing all the T's and dotting all the I's as perfectly as before. Not that that's a bad thing, as the record makes for a great addition to any collection of Al's work – and includes some lesser-known gems that are carried off with a deep sense of soul and emotion. Titles include "Something", "I Tried To Tell Myself", "Keep Me Cryin", "Smile A Little Bit More", "Have A Good Time", "Happy", and a version of "Nothing Takes The Place Of You".  © 1996-2021, Dusty Groove, Inc.
(Cover has light wear.)