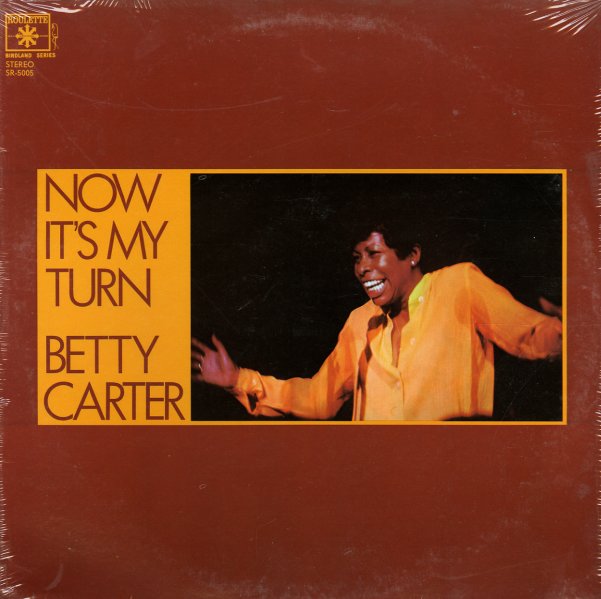 Now It's My Turn

Excellent work from Betty Carter – much more sophisticated than some of her 60s work! The album features Betty recorded in that hip trio format that she developed to fantastic heights during the decade. Betty sings standards and originals with a warmth an imagination that we can hardly describe accurately – bringing emotion into the songs that we'd hardly heard in earlier recordings, and using a trio in ways that we'd never heard before with a vocalist. Incredible stuff all the way through, very much on a par with any of Betty's later work – and featuring cuts that include a sublime version of "Open The Door", plus "New Blues", "I Was Telling Him About You", "Most Gentlemen Don't Like Love", and "Making Dreams Come True".  © 1996-2021, Dusty Groove, Inc.
(180 gram Pure Pleasure pressing – sealed!)