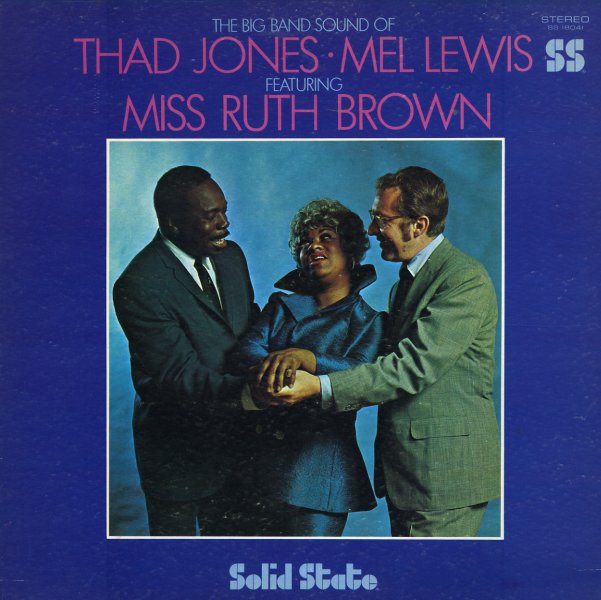 Ruth Brown joins the big band of Thad Jones and Mel Lewis – in a set that's a real standout in the career of all three artists! Thad and Mel already have a pretty great groove going at this point – a large ensemble approach to jazz, yet one that's swingingly soulful – very much on a par with some of Gerald Wilson's hip work of the same time at time. And adding in Ruth Brown's vocals is a great choice – as she not only needs a great showcase like this for her amazing voice, but also because she really helps unlock a soulful sort of energy that the group always had in their instrumental music. The approach is a bit like some of Etta Jones' best 60s recordings – a nice shift for Brown – and titles include "Black Coffee", "Fine Brown Frame", "You Won't Let Go", "Trouble In Mind", and "Be Anything (But Be Mine)".  © 1996-2021, Dusty Groove, Inc.
(Cover has a small split on the top seam and light surface wear.)

Gentle Rain
Choice, 1978. Very Good
LP...$4.99
Gentle Rain, and a very gentle sound from Irene Kral – a wonderfully intimate album that has the vocalist working with only the piano of Alan Broadbent for accompaniment! Kral's always a pretty expressive singer, but she sounds especially so here – really getting a lot of space to ... LP, Vinyl record album