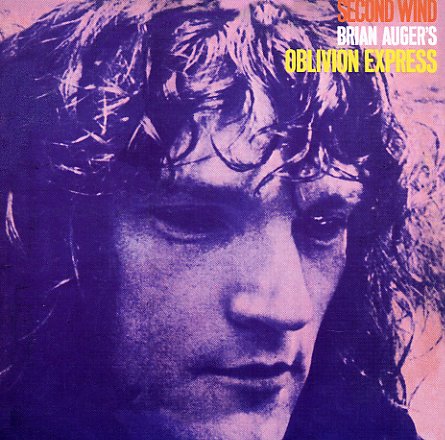 A brilliant jazz rock jammer from Brian Auger – recorded here with a bit more effects than usual, in a nicely tripped-out way that makes us forgive the vocals and really get into the grooves of the tunes! The group seems even tighter than ever – but never too slick or rocking – just focused on a core grooving style of keyboards, bass, guitar, and drums – topped off by some processed vocals on most numbers, but done in a way that glides along with the electric feel of the tracks. The set includes a great remakes of "Freedom Jazz Dance" – quite possibly the funkiest we've ever heard – plus the cuts "Second Wind", "Don't Look Away", "Just You Just Me", and "Truth".  © 1996-2022, Dusty Groove, Inc.
(Orange label pressing. Vinyl has a number of light marks but still plays well. Cover has ring and edge wear, split seams, and clear tape remnants across the bottom seam.)