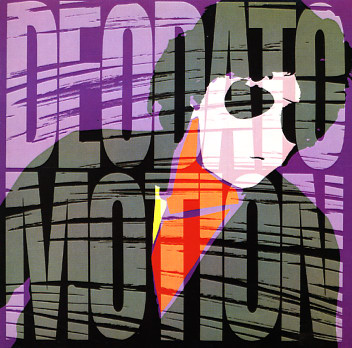 A tasty LP from Deodato's later years where he was leaning a little more heavily on commercial R&B and soul for inspiration than his jazzier approach of earlier years. Motion has Deodato moving into the realm of 80s soul – using a bit more of an electro feel overall – one that often includes work on Prophet, Linn drums, and DMX next to the more traditional instrumentation of the set. There's some great vocals from the Juicy team of Jerry and Katreese Barnes – singing in a style that's deeply soulful, and which really balances out the electronics with a good deal of vocal warmth. Camille also sings on a few tracks on the set, and titles include "SOS Fire In The Sky", "Never Knew Love", "Bus Stop", "Motion", "Are You For Real", and "Make You Feel Good".  © 1996-2022, Dusty Groove, Inc.