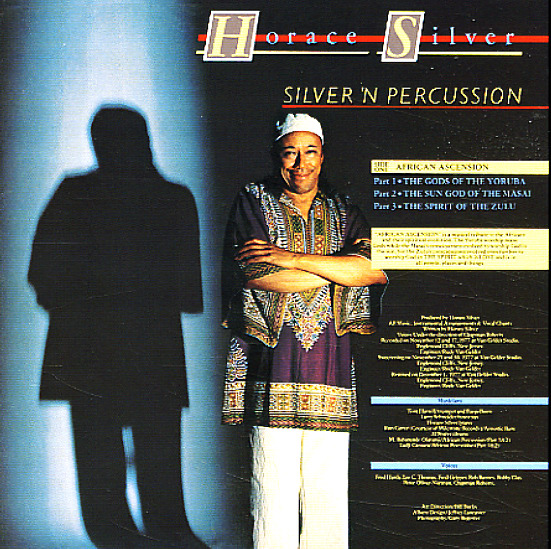 An excellent 70s album from Horace Silver – one that's often overlooked, but which yields of listening joy, once you open it up! The set's got some wonderful modal/spiritual numbers – in a mode that would make the record highly prized if it were issued on Strata East, and which is pretty darn great for Blue Note at the time – easily one of Silver's most righteous moments of the late 70s! The percussion promised in the title really stands out – and helps shape the rhythms with an even more exotic feel than usual – but the set also cooks with some great horn solos too – trumpet by Tom Harrell and tenor by Larry Schneider – both players whose arcing lines really help add a lot of color to the grooves. The whole thing's great – proof that Silver never stopped growing as an artist – and titles include "The Aztec Sun God", "The Mohican & The Great Spirit", "The Gods Of The Yoruba", and "The Spirit Of The Zulu".  © 1996-2020, Dusty Groove, Inc.
(Cover has a cut corner.)

Best Of Horace Silver
Blue Note, 1969. Very Good
LP...$5.99
Horace had more hits than most jazz musicians of his generation – and it's only fitting that this best-of set shows up all over the place when we go digging through jazz collections. Most of the tracks are from the late 50s/early 60s years – when Horace's group was a perfect blending ... LP, Vinyl record album