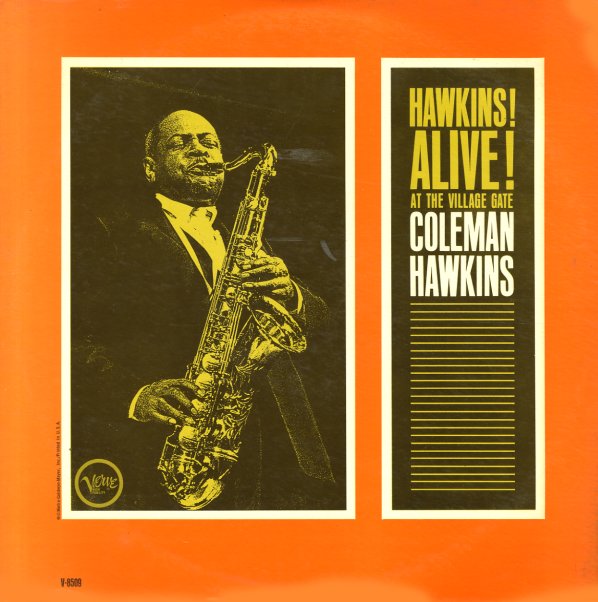 Long, lean, and later work by Coleman Hawkins – recorded in a beautifully stripped-down and free setting at the Village Gate! The tracks are all pushing the 10 minute mark – and feature Hawk soloing in that open, exploratory way he was using during the time – a mix of older traditions and slight moments of modernism – carried off with gentle accompaniment from a trio led by Tommy Flanagan on piano. The tenor dominates – and dominates beautifully – and titles include "All The Things You Are", "Mack The Knife", and "Talk Of The Town".  © 1996-2021, Dusty Groove, Inc.
(MGM pressing. Cover has light wear and a cutout hole.)