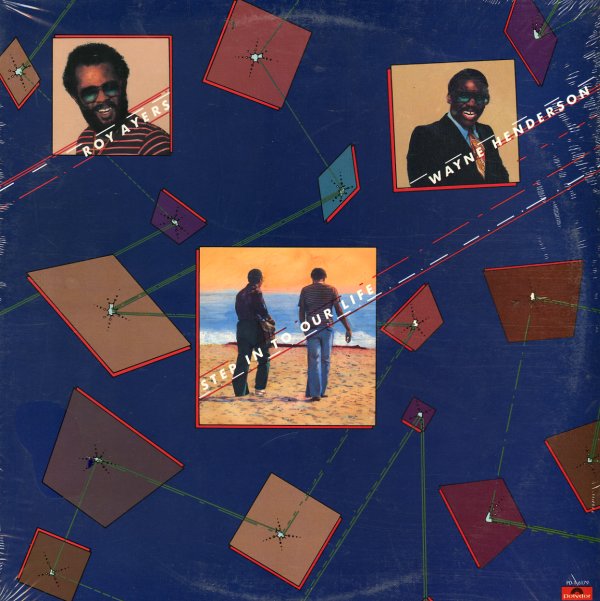 Step Into Our Life

Talk about a meeting of the minds! At the time of this album, Henderson & Ayers were probably the biggest names in the jazz funk business – both with a smooth soulful style that was pushing the genre onto whole new levels, while still keeping firm roots in jazz – a rare blend that few other artists could handle this well! This initial debut from the pair seems to be much more dominated by the spirit of Roy Ayers' work at the time – particularly the mellow jazzed up work he was laying down on albums like Vibrations and You Send Me – a wicked sound that's rooted in modern soul modes, but filled with plenty of warm jazz elements too. The album's got wonderful vibes and electric piano from Roy – and tracks include "Step Into Our Life", "Lovers Should Always Be Together", "No Deposit No Return", "Ooh Baby", and "For Real".  © 1996-2022, Dusty Groove, Inc.
(Includes the printed inner sleeve. Cover has a cut corner, some ring and edge wear, and large letters in marker on front and back. Labels have some marker.)