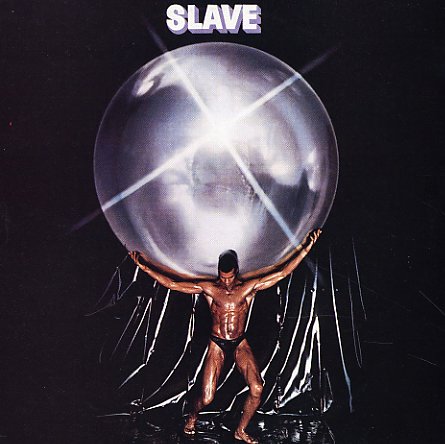 Far and away the band's best record! The album's got a fresh funk sound that takes an earlier 70s ensemble style and slicks it down a bit – but thanks to some great drum work by Tim Dozier (Steve Arrington had yet to join the band), and a subtle riffing bass style by Mark Adams, the band had a groove that was quite revolutionary, and which set them apart from the legions of funk imitators that were springing up at the end of the 70s. The high points of the album is the band's seminal "Slide", which is followed up with "Son Of Slide" – and both tracks have these amazing dark repetitive grooves that have really stood the test of time (thanks in part to a famous sample by Tribe Called Quest!) Other tracks include "You & Me", "Party Hardy", "Screw Your Wig On Tite", and "Separated".  © 1996-2021, Dusty Groove, Inc.

Closer To You
Cotillion, 1978. Very Good-
LP...$2.99
A nice batch of Memphis soul tracks, produced in a sparkling modern vein, with some very nice moments. The title cut's a remake of the Seals & Crofts track "Closer", but the best cuts are the ones written (or co-written) by the great Bettye Crutcher (of Stax fame). These include the ... LP, Vinyl record album

Love Somebody Today
Cotillion, 1980. Sealed
LP...$11.99
A crisp, but funky set from Sister Sledge – produced by Nile Rodgers and Bernard Edwards of Chic, who also lead the studio band – tight funky soul grooves all the way! After the dizzying heights of We Are Family, there might have been nowhere to go but down commercially, but Love ... LP, Vinyl record album

Keep It Comin
Cotillion, 1981. Near Mint-
LP...$4.99
Jean's come a long way from her New Orleans roots on this one – working with singer Premium, and recording with Bobby Eli in a mode that's kind of a Philly moder update on the New York sound. The overall quality of the album's quite polished, but not in that perfect way that Bobby brings to ... LP, Vinyl record album

Love In C Minor
Cotillion, 1976. Very Good+
LP...$16.99
The fantastic first album by Cerrone – a landmark disco record that features the 16 minute long "Love In C Minor" – a swirling bit of strings, beats, and female voices – one of those tunes that forever went onto change the face of dance music in the 70s! Cerrone really ... LP, Vinyl record album