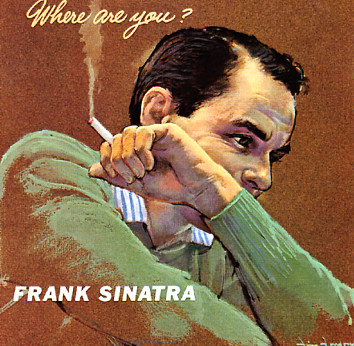 A sad little album that has Frank still in the throes of the emotional loss expressed on The Wee Small Hours album – working here with Gordon Jenkins arrangements that use a fair bit of strings to well up the darkness that lurks in the songs on the set. The album kicks off with the sublime "Where Are You?", one of the greatest songs of loss we could ever recommend – and then moves into some incredible readings of standards like "Where Is The One", "I'm A Fool To Want You", "I Cover the Waterfront", "Laura", and "Lonely Town" – all done in a style that's emotive, yet never overwrought, perfect sad Sinatra all the way!  © 1996-2022, Dusty Groove, Inc.
(Mono black label pressing.)