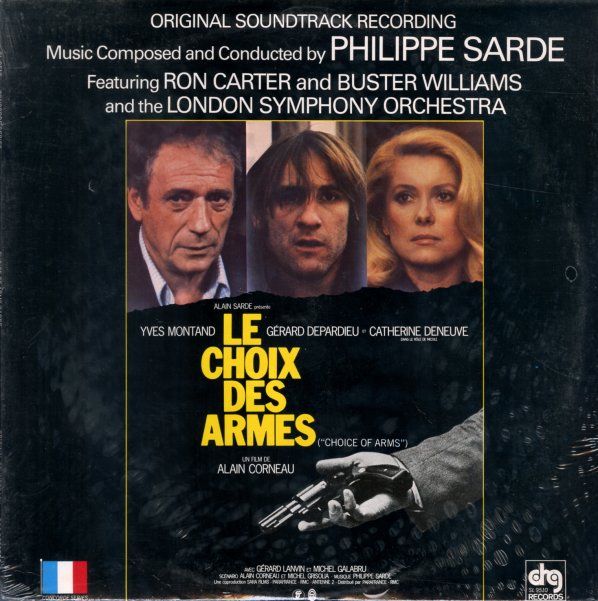 Strong work by a composer who's becoming one of our favorite French soundtrack artists! This score is fairly dramatic – but handled in a way that has subtle little touches of intimacy, with solo bass instrumentation by Ron Carter and Buster Williams. It's a dark set of tracks written for a crime thriller starring Yves Montand and Gerard Depardieu. The orchestra's led by Nat Peck, with direction by Peter Knight – and the overall quality of the tracks is right up there with some of Morricone's thriller work from the 70s.  © 1996-2023, Dusty Groove, Inc.
(Cover has clear tape on the corners and light wear.)

Eyes Of Laura Mars
Columbia, 1978. Near Mint- Gatefold
LP...$4.99
A mixed bag of a soundtrack – with some tracks that are exclusive to the film, and others that are disco tracks used in the movie! The main score was handled by Artie Kane – who did lots of key work earlier with Mancini – and it's got a dark, creepy, almost atonal 70s horror feel ... LP, Vinyl record album