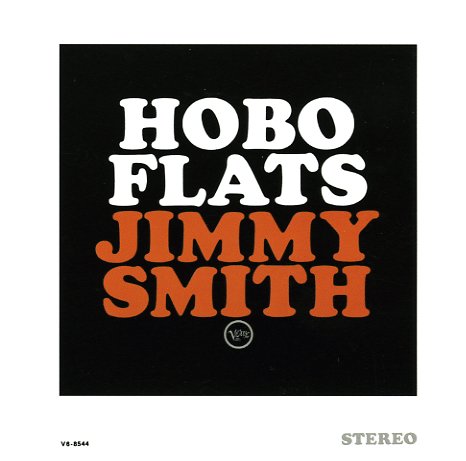 A mighty pairing of Jimmy Smith and Oliver Nelson – one that has the heavy Hammond of Smith set up in some sparkling jazz backdrops from Nelson! The sound here has some bluesy undercurrents, as you might guess from the title – but Oliver's charts keep things hip throughout, and ensure that the record stays far from any 60s cliches in the music – and always keeps one ear out for the sharper edges that always makes Nelson's arrangements a great match for Smith. The horns are full at times, but Jimmy's organ bursts right out over the top – gliding along a great groove with a really inherent sense of rhythm. Titles include a shimmering bossa take on "Meditation", plus "Hobo Flats", "Walk Right In", "I Can't Stop Loving You", and "The Preacher".  © 1996-2021, Dusty Groove, Inc.
(Mono pressing. Cover has surface wear, writing in marker, and a sticker on the spine.)

Newport Years Volume V (aka Dizzy Gillespie At Newport)
Verve, 1957. Very Good+
LP...$4.99
One of the best albums ever in Verve's classic set of recordings from the 1957 Newport Jazz Festival – a set that captures the Dizzy Gillespie group of the decade in top live formation! The ensemble here is plenty hip – with a young Lee Morgan joining Dizzy on trumpet, and a host of ... LP, Vinyl record album