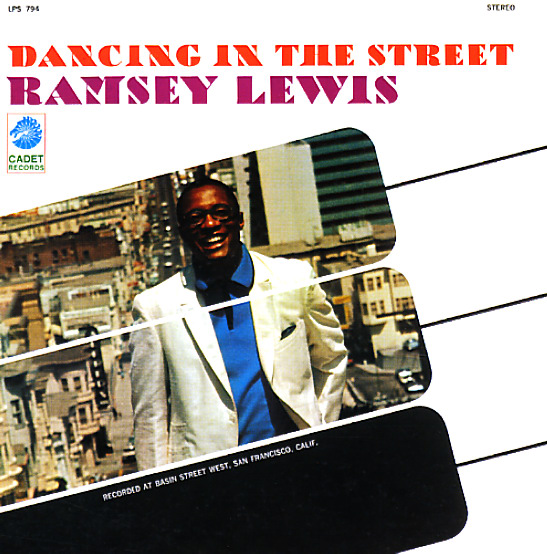 A late 60s groover from the second Ramsey Lewis trio – the one that features Cleveland Eaton on bass and Maurice White on drums, both doing a pretty great job of filling the spot vacated by Eldee Young and Red Holt! The album's a live one, cut in the successful mode of Ramsey's records with the Young/Holt group – mostly featuring familiar numbers transformed by the Lewis Trio's hard-grooving approach to their work! It's great to hear Maurice White in a pre-Earth Wind & Fire jazz setting – and the album's got a slightly more open sound than some of Ramsey's earlier live dates – especially on the Brazilian tinged numbers that include "Mood For Mendes", "Corcovado", and "Medley From Black Orpheus". Other tracks include "Struttin Lightly", "Dancing In The Street", "You Don't Know Me", and "What Now My Love".  © 1996-2022, Dusty Groove, Inc.
(Blue label stereo pressing. Cover has light wear and aging, and a small peel spot from sticker removal on the back.)

Encore – Ramsey Lewis In Tokyo
Chess (Japan), 1968. Very Good
LP...$19.99
The second of Ramsey Lewis' rare Japanese-only live albums from the 60s – and one that's even better than the first! This set features Ramsey's second trio, with Cleveland Eaton on bass and Maurice White on drums – and tracks are nice and long, with extended tunes that include "Mai ... LP, Vinyl record album