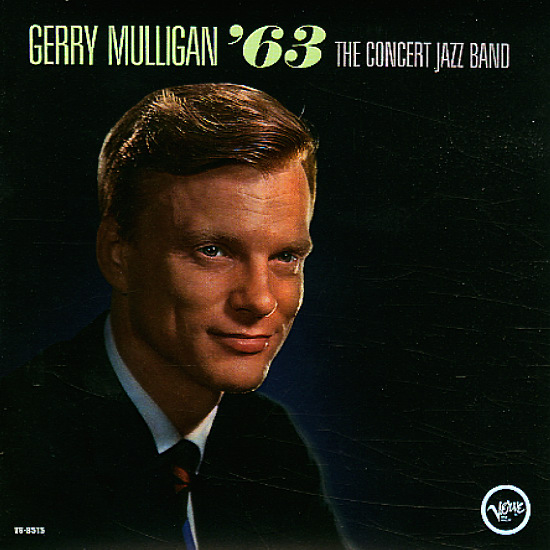 The sound of Gerry Mulligan in the early 60s – and one of the best records by his larger than usual Concert Jazz Band! Given Gerry's piano-less experiments of the 50s, it's surprising to actually have him as the pianist on this session – hitting the keys with a nice light touch, so that the larger horn section can take over most of the tunes – a beautifully-arranged ensemble who have a feel that's lighter than some of the groups of the 50s – such as the Kenton ensemble – yet one that's equally modern at times! The lineup is wonderful – with Clark Terry and Nick Travis on trumpets, Willie Dennis and Bob Brookmeyer on trombones, and Gene Quill, Gene Allen, and Eddie Caine on saxes – plus guitar from Jim Hall, bass from Bill Crow, and drums from Gus Johnson. Titles include "Big City Life", "Bridgehampton South", "My Kind Of Love", "Pretty Gypsy", "Bridgehampton Strut", and "Big City Blues".  © 1996-2022, Dusty Groove, Inc.
(Mono MGM pressing in a stereo cover.)

Gerry Mulligan Meets The Sax Giants Vol 1
Verve (UK), Mid 50s-Early 60s. Near Mint-
LP...$6.99
Classic Mulligan recordings with Stan Getz, Ben Webster, Paul Desmond, and Johnny Hodges – with titles that include "Blues In Time", "A Ballad", "Bunny", "Tell Me When", "Who's Got Rhythm", "Shady Side", "Too Close For ... LP, Vinyl record album

Profile (Trip)
Mercury, 1955. Near Mint-
LP...$5.99
A pretty obscure session by Gerry – recorded in 1955, and featuring Jon Eardly on trumpet, Zoot Sims on tenor, and Bob Brookmeyer on trombone. Gerry actually plays a bit of piano, in addition to his usual baritone – and the set bubbles with a lightly swinging, slightly modern feel that' ... LP, Vinyl record album

Presenting The Gerry Mulligan Sextet
EmArcy, 1955. Near Mint-
LP...$19.99
A strong 50s session from Gerry – a bit like some of his work for the Pacific Jazz label, but perhaps a bit more biting and modern. The group's a sextet with Jon Eardley on trumpet, Zoot Sims on tenor, Dave Bailey on drums, Bob Brookmeyer on trombone, and Peck Morrison on bass – and ... LP, Vinyl record album

Jeru
Columbia, 1962. Near Mint-
LP...$14.99 (CD...$6.99)
A pretty great little album – and very different than Gerry Mulligan's regular sides from the time! The session was originally produced as part of the sessions for the short-lived Jazztime label in the early 60s – and was produced by Dave Bailey with a soulful undercurrent that's quite ... LP, Vinyl record album