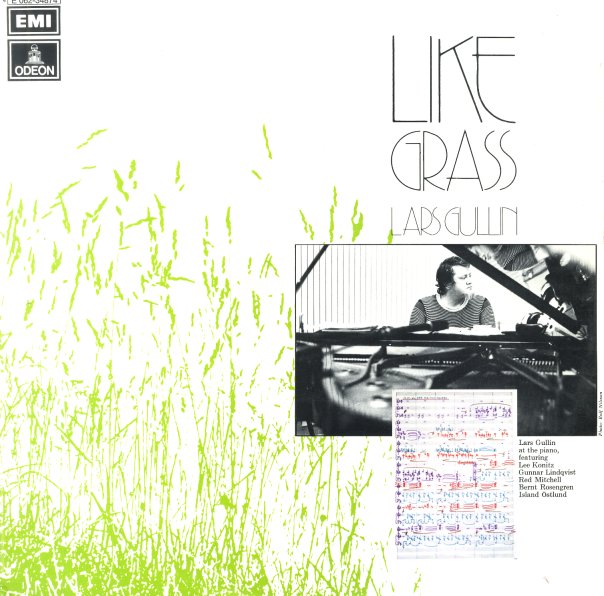 Beautiful stuff from one of Sweden's greatest jazz artists! Gullin's known mostly as a baritone player, but on this rare 1973 outing, he plays piano in a number of different settings – all touched with a uniquely creative vision that you don't always encounter on some of his earlier recordings on the large horn. There's slight bits of Monk and Herbie Nichols here, but Gullin also adds some wonderful bits of lyricism – which are quickly picked up by bandmates Lee Konitz, Bernt Rosengren, Red Mitchell, and Island Ostlund. A wonderful session throughout – still incredibly fresh, and unlike anything else we can think of. Titles include "Solvarm Vils", "Like Grass", "The Hambo Combo", "Blue Mail", and "Subway".  © 1996-2020, Dusty Groove, Inc.
(2nd pressing.)