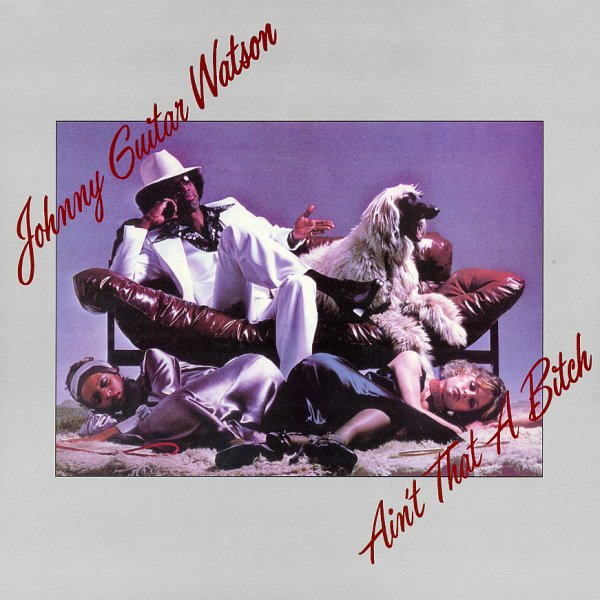 Ain't That A Bitch

Maybe the best album that Johnny Watson cut during his DJM years – a totally tight, totally soulful set that avoids any fake funk cliches! The record's got some wonderful trippy numbers – cut in that slow g-funky mode that was Johnny's huge legacy to the west coast scene – best of these is the classic "Superman Lover", a great little cut with a very catchy hook, and just the right dose of humor. But you'll also catch the same vibe on "I Want To Ta Ta You Baby", "Ain't That A Bitch", and "I Need It". Johnny's sitting on the cover, surrounded by ladies and a dog – and the back cover says "My apologies to Freddie, my guitar, for forgetting to bring him to the photo session." What a guy!  © 1996-2023, Dusty Groove, Inc.
(Original pressing. Cover has minimal wear.)