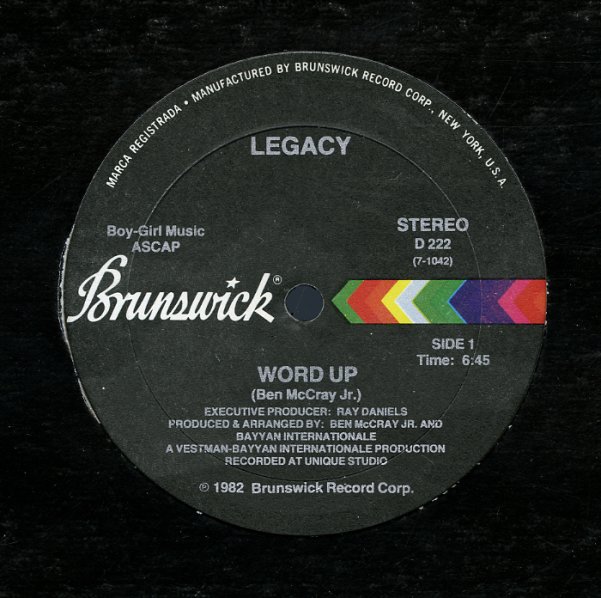 A great little groover on Brunswick – with that kind of choppy club funk feel that you'll also find on some of the label's other obscure 12" singles, like the classic "You Are The One", by AMFM. The track's got a very nice groove – and the hook's enough to keep the track grooving nicely throughout!  © 1996-2020, Dusty Groove, Inc.
(Promo with a plain white label and a few red ink stamps.)