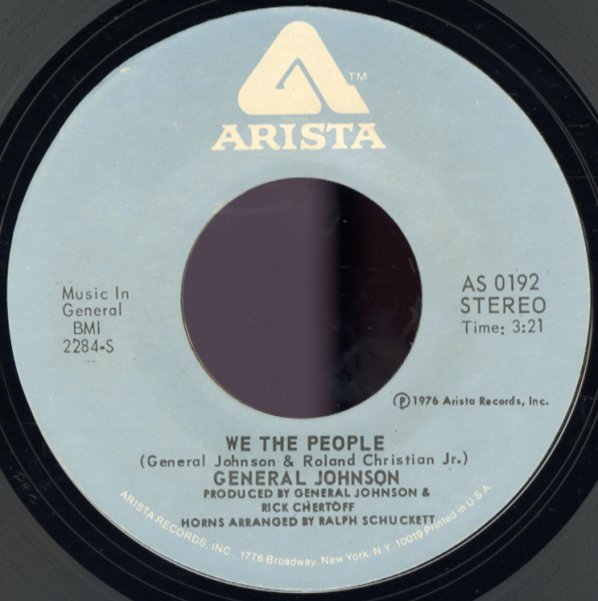 We The People/Keep Keepin On

Two uptempo sides by this ex-singer of The Charimen Of The Board. David Van De Pitte arranged, and the record's got a bit of a modern soul sound – which suits the General's unique voice just right!  © 1996-2020, Dusty Groove, Inc.