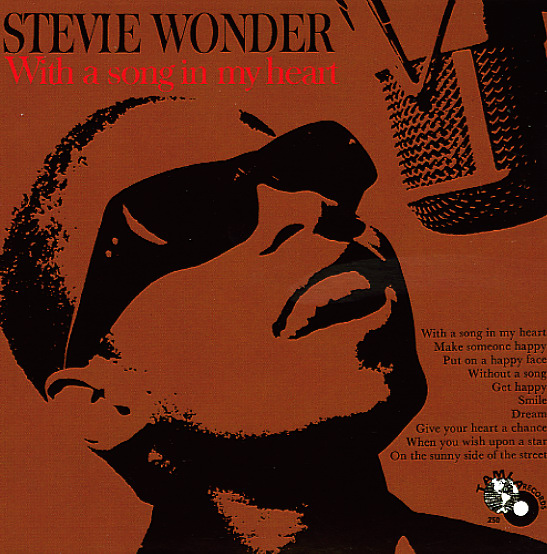 One of the earliest albums ever recorded by Stevie Wonder – produced in a style that's light years from his work of the 70s, but which still has an irrepressible quality nonetheless! The format here is almost that used with Ray Charles at the time – one that goes for more familiar numbers, sung in a mix of strings and soul that sort of classes the whole thing up, yet keeps a bluesy quality in the vocals. Stevie's voice is a lot younger than Ray's, of course – and the overall song selection is different from the Charles country bag of the period – but the comparison is definitely there, especially given the image of the blind singer at the microphone on the cover. And while the approach is a bit flawed, it's still a compelling document of formative Stevie in the early years – on a set of titles that include "With A Song In My Heart", "Put On A Happy Face", "Get Happy", "Without A Song", and "Dream".  © 1996-2021, Dusty Groove, Inc.
(Early 80s reissue pressing. Cover has a cutout notch, bent corners, and some discoloration at the edges.)