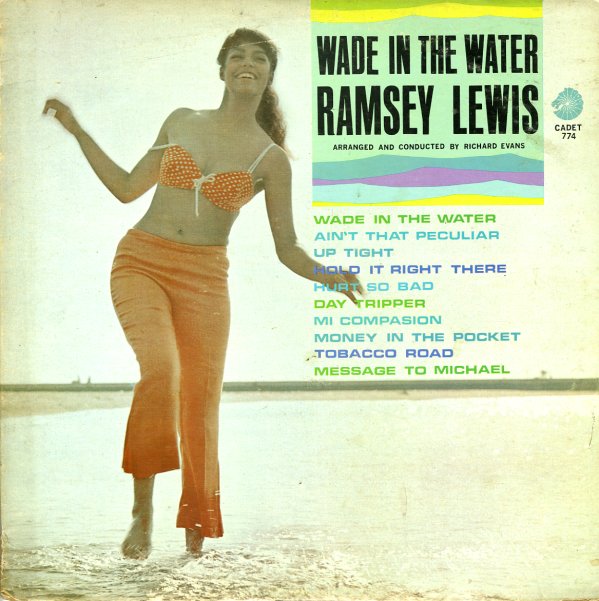 Classic pop soul jazz from the inventor of the genre! Ramsey's funky piano is backed by some soulful arrangements handled by Richard Evans – in a really tight style that includes great percussion, electric bass, and an all-out kicking style that makes even the mellowest tunes groove! Evans really adds a lot to the set – expanding the core groove of the Lewis trio with a proud and righteous Chicago approach – really bringing some "soul" to the soul jazz sound of the group, with incredible results! Titles include "Money In the Pocket", "Wade In the Water", "Ain't That Peculiar", "Up Tight", and "Hold It Right There".  © 1996-2021, Dusty Groove, Inc.
(Mono blue label pressing.)

Meeting Vol 1
Steeplechase (Denmark), 1976. Near Mint-
LP...$9.99
A great meeting of two generations of jazz – and one that really blows the top off some of Dexter Gordon's other European sessions of the time! The setting here is definitely one that's more a Gordon-based date – long tracks with rhythm backing from a trio with Kenny Drew on piano, ... LP, Vinyl record album