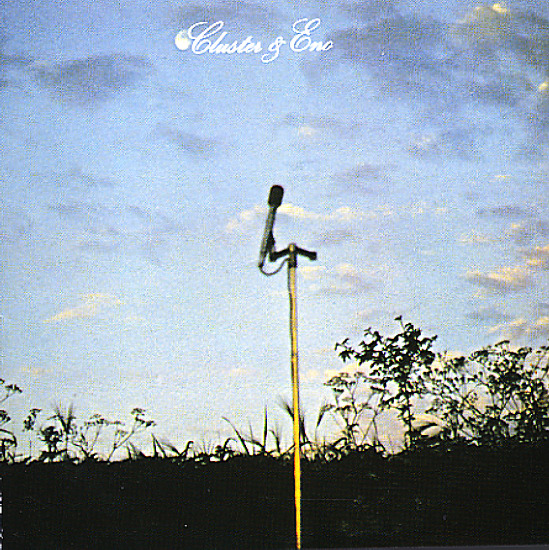 A key meeting between 2 important forces in electronic music in the 70s – the increasingly-experimental Brian Eno and the Cluster team of Dieter Moebius and Hans-Joachim Roedelius! Unlike the trio's other album, this one's an all-instrumental affair – one that takes the atmospherics of Cluster, and gives them a darker Eno edge – in a way that gives the record an incredibly moody feel, and predates endless electronic work to come in the 90s. There's a spare brilliance here that's almost indescribable – songs that are hardly songs, sounds that slide back into silence – but somehow the whole thing's got a power that's far beyond the sum of its very small parts. Titles include "Wehrmut", "Fur Luise", "One", and "Die Bunge".  © 1996-2022, Dusty Groove, Inc.
(Original pressing. Cover has small corner bump, but looks beautiful overall.)