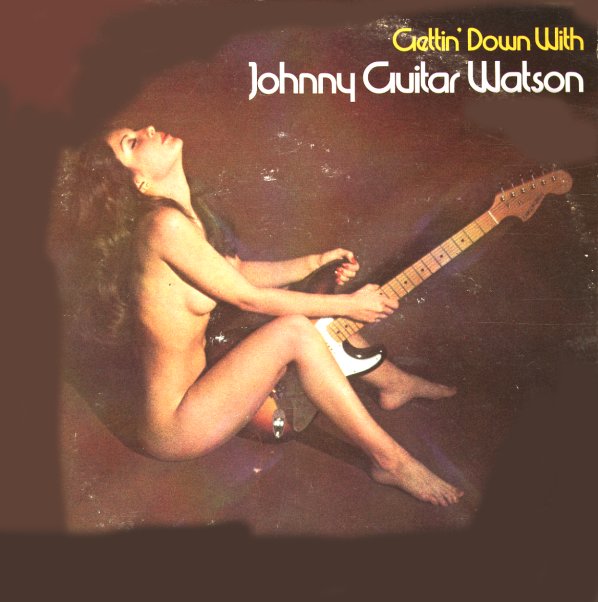 Gettin' Down With Johnny Guitar Watson

70's issue of this insanely wonderful early session by Johnny Guitar Watson – originally recorded for Chess in the early 60s, and featuring Johnny on piano, not guitar! Despite the sexy 70's cover (an attempt to cash in on Johnny's hit records at the time), this one's a beautiful set of jazzy cuts played by Johnny in vocal and instrumental versions. The record's incredibly tough to describe – but the sound is amazing, and Johnny's vocal interpretations of the material are fantastic. Includes a slamming Latin take on "I'll Remember April", plus the cuts "Exactly Like You", "Misty", and "Witchcraft". Great stuff – and one of our favorite sessions ever!  © 1996-2021, Dusty Groove, Inc.
(Orange label pressing. Vinyl is in great shape, but cover has clear tape holding the spine, a small cutout hole and notch, edge wear, bent corners, and some light stains on back.)