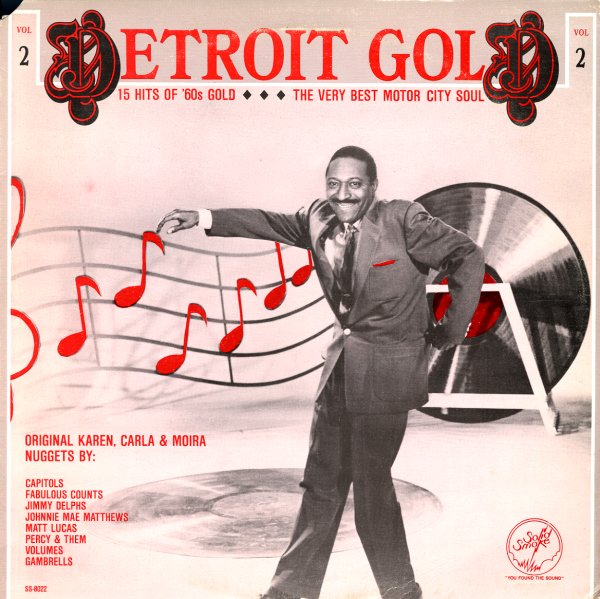 Nice sampler of 60s Detroit soul produced by the fantastic Ollie McLaughlin. Includes "Jan Jan" by the Fabulous Counts and the unbelievable "Almost" by Jimmy Delphs, one of our favorite soul tracks from the period, and a real heartbreaker with an uptempo groove. Lots more great stuff here too, including both well known and hard to get cuts, 15 tracks in all, including by "Cool Jerk" and 'We Got A Thing That's In The Groove" by the Capitols, "Ain't Gonna Give You Up" by the Volumes, "It's A Man's Man's Man's World" by the Counts, "You Better Move" by the Gambrells, "Sing a Sad Song" by Percy & Them, and "Am I Losing You", "Don't Sign The Papers" and "I've Been Fooled Before" by Jimmy Delphs.  © 1996-2021, Dusty Groove, Inc.
(Cover has a cut corner, but this is a great copy overall!)