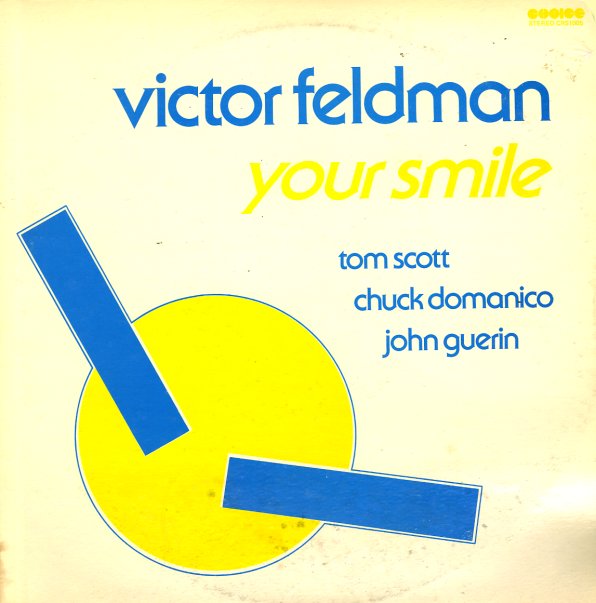 Quite possibly the funkiest album that Victor Feldman ever recorded – a sweet little cooker from early 70s Cali – recorded with some great help from Tom Scott on sax and flute! Victor plays both piano and vibes, and there's a warm funky glow to the whole set – kind of a CTI vibe, but taken a bit more stripped-down and indie too – especially on the cuts with a bit harder edge. Other players include Chuck Domanico on bass and John Guerin on drums – and titles include the killer "Your Smile", plus "Rock-A-Vibabe", "Quietly", "I Love Lucy", "Crazy Chicken", "Minor Catastrophe", and "Brazilian Fire".  © 1996-2022, Dusty Groove, Inc.
(Cover has small center splits in the seams.)