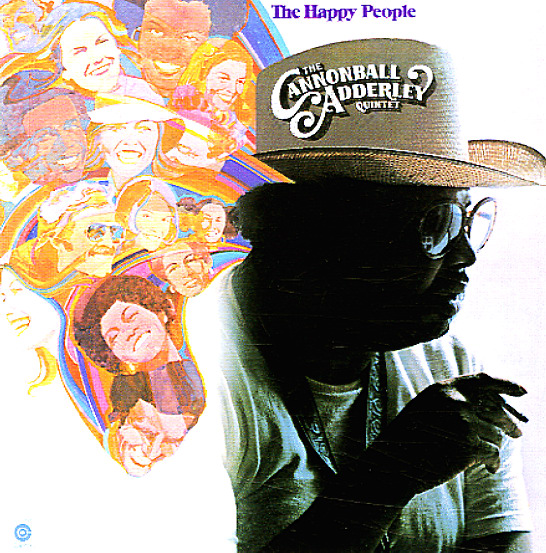 A really unique little album from Cannonball's all-great late years at Capitol – a session that features some strong influences from Brazilian music – "The Happy People" – and production from the legendary David Axelrod! The mix makes for a really unique little record – a set that isn't really bossa, but isn't regular Cannonball funk either – kind of a special hybrid of the two! Airto plays on the set, and contributed the great groover "The Happy People" – a long bit of funky samba that features George Duke on electric piano, and percussion and vocals by Airto himself. The rest of the album's pretty darn great too – with some long tracks that have a more open-ended groove than the usual Cannon funk – featuring more piano by Duke, percussion by Airto and King Errison, cornet by Nat Adderley, and guitar by David T Walker. Other titles include "Ela", "Maria Tres Filhos", and "Savior" – and the album was recorded live, with a very lively feel!  © 1996-2023, Dusty Groove, Inc.
(Cover has light wear and aging, and a small sticker spot.)