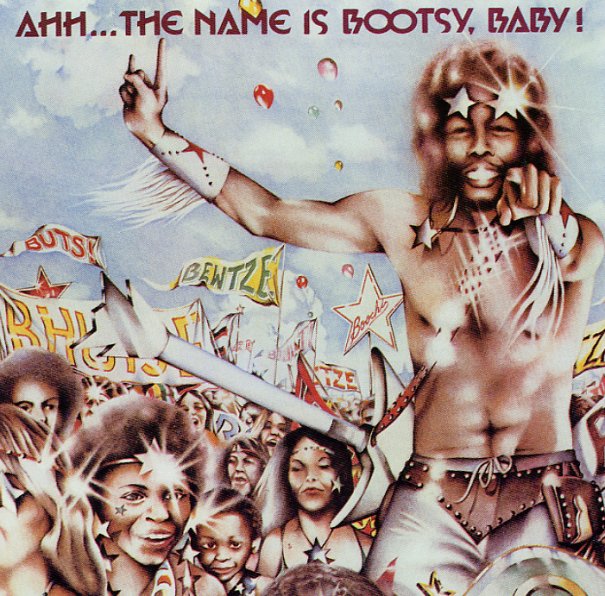 Massive work from Bootsy Collins – one of his best-ever solo albums, and a perfect summation of the P-Funk groove – focused strongly through Bootsy's own sense of stardom! George Clinton worked with Collins on production, and the album's as tight as the best Parliament or Funkadelic work of the time – particularly the latter on their killer 70s sides for Warner, which was also the home for Bootsy. The Horny Horns are helping out on this one, which gives the album a strong instrumental drive – but the real star is Bootsy, whose sexy vocals and good sense of soul keep things firmly on track throughout. Features the cuts "What's A Telephone Bill?", "Munchies For Your Love", "We Want Bootsy", "The Pinocchio Theory", and "Rubber Duckie".  © 1996-2021, Dusty Groove, Inc.
(Original pressing, still sealed! Cover has a cutout notch.)