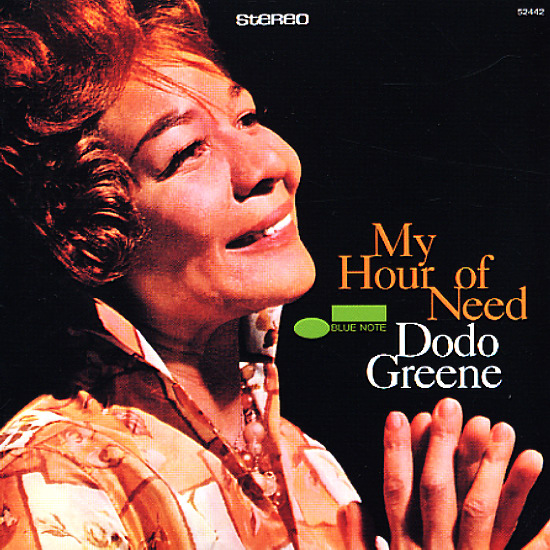 My Hour Of Need

One of the few vocal albums on Blue Note's short lived 89000 series – and one of the only few ever cut by the obscure singer Dodo Greene! Green's got this raspy voice that's just great – somewhat fragile, but not in a wispy way – kind of honest and human, and somewhere in the Billie Holiday tradition, yet very much her own bag too! The backings are quite unique – handled by an excellent group led by tenorist Ike Quebec, who's also working with Grant Green on guitar and Sir Charles Thompson on organ. The band is nice, and Quebec gets in a few solos, but the real highlight is Greene, whose beautifully fragile voice gives haunting renditions of standards like "Let There Be Love", "My Hour Of Need", "Trouble In Mind", and "I Won't Cry Anymore". A fairly mournful album, and with a nice moody late night feel.  © 1996-2021, Dusty Groove, Inc.
(Japanese Toshiba-EMI pressing – in great shape!)