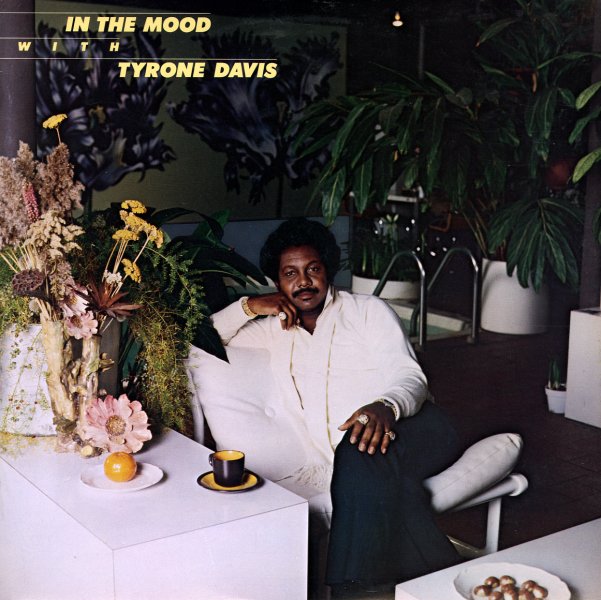 Our favorite album ever from Tyrone Davis – even if it's completely different than most of his other work too! The set's got a wonderfully smooth feel right from the start – a mellow-grooving, slow-stepping approach that works perfectly for Tyrone's wonderful vocals – pushing them out of their bluesy roots, into a more sophisticated modern soul style that's mighty nice! The change is a key illustration of the way that Chicago soul was really growing in the 70s – moving into some of the richer territories that you'd find in work from Philly, too – and Davis' growth on a record like this is a real testament to his maturity as a singer. James Mack handled the arrangements – and titles include the sublime "In The Mood" – plus "You Know What To Do", "Keep On Dancin", "All The Love I Need", "I Don't Think You Heard Me", "Ain't Nothing I Can Do", and "I Can't Wait".  © 1996-2021, Dusty Groove, Inc.
(Includes the printed inner sleeve.)

Without You In My Life (promo cover)
Dakar, 1972. Good
LP...$4.99
Warm and tender work from the mighty Tyrone Davis – really singing here at the height of his early powers, in that wonderful blend of the rough and smooth that made him so unique! Davis has a gritty touch in his singing style, but the backings have that perfect Brunswick Chicago soul ... LP, Vinyl record album

Tyrone Davis
High Rise, 1982. Sealed
LP...$4.99
Later work by Tyrone, but an excellent album of smooth modern soul tunes that builds off his strong work for Columbia! The album features a sublime stepper called "Are You Serious" – a great track that easily ranks with Tyrone's best work from later years – and the rest of ... LP, Vinyl record album

U-Turn
Columbia, 1986. Near Mint-
LP...$19.99
A sweet little comeback album for Isaac Hayes in the mid 80s – really going all in with a crisp and bouncy 80s soul groove – a far stretch from the smouldering and soaring funk of the 70s, but a record that's a lot easier to appreciate that a love for 80s sounds has crept back up into ... LP, Vinyl record album

Touch The World
Columbia, 1987. Sealed
LP...$14.99
Earth Wind & Fire touch the world with this sweet batch of grooves – a set of tracks that has them firmly embracing the electric sound of 80s soul, yet still bringing in some light spiritual touches of their own! The beats are pretty heavy at points – making for plenty of groovers ... LP, Vinyl record album

Maurice White
Columbia, 1984. Sealed
LP...$7.99
The only solo album ever recorded by Maurice White – an upbeat and soulful set that's right up there with his best 80s work in Earth Wind & Fire! Like that group at the time, White's hitting a rhythmic side that's more electronic at points – letting beats and keyboard bits stand in ... LP, Vinyl record album

Love Talk
Columbia, 1979. Very Good-
LP...$0.99
Late 70s – but The Manhattans are still sounding great! The album's got a wonderful blend of mellow harmony tracks and fuller, more upbeat Philly-styled tunes – all very much in the spirit of the group's first few albums for Columbia, and handled with a similar level of skill. The ... LP, Vinyl record album