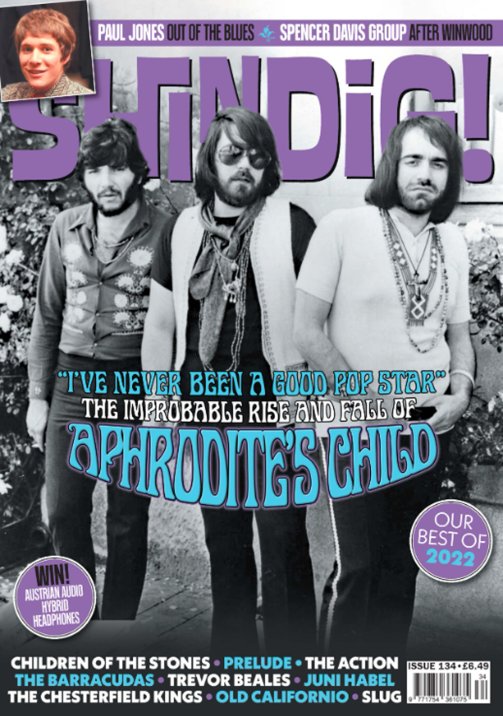 An issue that gets at exactly the kind of coverage that's made us love Shindig year after year – one that features a killer cover feature on legendary Greek prog/political act Aphrodite's Child – plus a look at Jonny Trunk's new soundtrack release for Children Of The Stones, the post-Steve Winwood years of the Spencer Davis Group, actor/mod Paul Jones – and lots more on The Barracudas, Prelude, Trevor Beals, The Action, Slug, and Old Californio! Plus, the issue looks back at the best of 2022 – while providing reviews of plenty more records that will keep your turntable happy well into 2023!  © 1996-2023, Dusty Groove, Inc.

Issue 468 – February 2023
Wire, 2023. New Copy
Magazine...$10.99
The completely wonderful Merdith Monk is on the cover – and gets a big feature inside, discussing a lifetime's amount of work recently collected in a career-spanning box set! There's also a look at the very unique talents of Barbara Dane – the important 60s singer/activist from the US ... Magazine