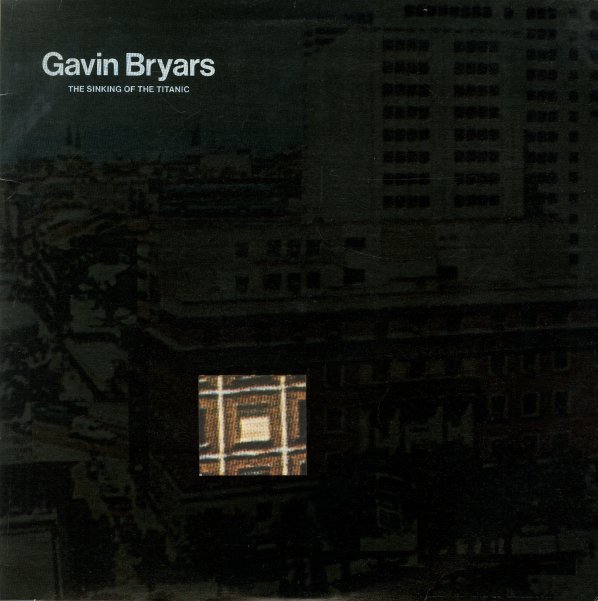 Sinking Of The Titanic

An early moment of genius from composer Gavin Bryars – and a set that was issued on Brian Eno's Obscure Records label in the mid 70s, which ensured that Bryars' music found a larger audience outside the realm of avant classical! That turns out to be a good thing here, as the music here is almost of its own genre – warmer and more personal than some of the arch modes of the CRI generation – as Bryars mixes a small string group with his own piano, a bit of spoken word, and tapes of additional strings – which add in this eerie sort of ghost vibe to the piece – a slight current of sentiment, but not in a romantic way. The second piece is equally important to Bryars' career – the wonderful "Jesus Blood Never Failed Me Yet" – which uses a found recording of the older song by an elderly singer, then echoed and augmented by work from Michael Nyman on organ and Derek Bailey on guitar, plus a bit of strings.  © 1996-2022, Dusty Groove, Inc.

Ascension
99 Records/Superior Viaduct, Early 80s. New Copy (reissue)
LP...$20.99 22.99
A masterpiece of new music for guitar from the legendary Glenn Branca – a set that both draws on all the minimal experiments on the New York scene of the 70s, and the big wave of underground music at the end of the decade! Branca effortlessly fuses the rock and compositional communities here ... LP, Vinyl record album

Solitude Transit
Transversales Disques (France), Late 80s. New Copy
LP...$26.99 29.99
Unreleased later work from the legendary Luc Ferrari – and music that almost represents a somewhat different side of his legacy than some of his more famous recordings! If we dare to say it, there's some surprisingly tuneful moments in the music – which was partly done for a modern ... LP, Vinyl record album

Fur Alina
Mississippi, 2005. New Copy
LP...$15.99 19.99
A beautiful set of work that shows the more intimate side of composer Arvo Part – not his larger projects or vocal material – but instead a series of contemplative sonatas that feature piano, violin, or cello – or some combination of both! The performances here are handled by ... LP, Vinyl record album