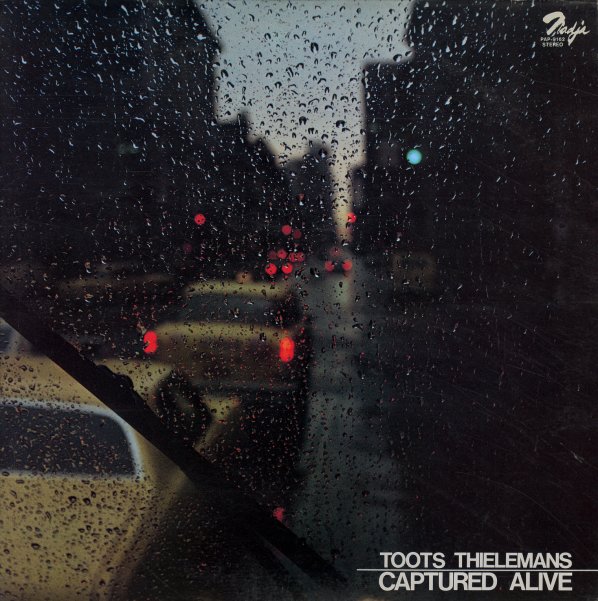 One of the greatest jazz albums ever recorded by the legendary Toots Thielemans – a small combo session that stands in great contrast to much of the bigger studio work he was doing in the 70s! Despite the title, the record's a studio one and not a concert – but it's got a relaxed intimacy that's really great, and features plenty of long-drawn lines from Thielemans on the harmonica, all played with the sort of tone and phrasing that made him one of the greatest jazz players ever on the instrument. The rest of the group features Joanne Brackeen on piano, Cecil McBee on bass, and Freddie Waits on drums – all quite hip players that help Toots avoid the traps of sentimentality and commercialism that could sometimes hurt his work. Titles include "Dr Pretty", "I Never Told You", "Giant Steps", "Snooze", and "Stella By Starlight".  © 1996-2023, Dusty Groove, Inc.
(Includes obi!)

Soul Sugar
Capitol, 1971. Very Good
LP...$38.99
A fantastic album, and one of Jimmy's hardest to find! The set is quite different than most of Jimmy's other work – and it features short, hard, funky tracks that feel more like obscure 7" singles than any of Jimmy's straighter soul jazz work. It almost sounds like The JBs are backing ... LP, Vinyl record album

Richie Kamuca Quartet
Mode, 1957. Very Good+
LP...$38.99
Pure genius from tenor saxophonist Richie Kamuca – a magical exercise in tone and balance, played by Richie with that warm and raspy style that we love so much in his work! Kamuca's probably best known for his bigger group work of the 50s, but on a session like this he steps out as a ... LP, Vinyl record album