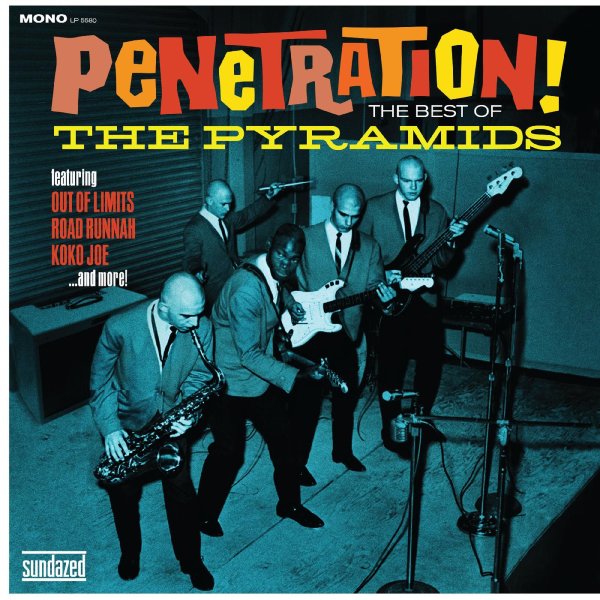 Penetration – The Best Of The Pyramids

Also available
Pyramids — Penetration – The Best Of The Pyramids (turquoise vinyl pressing) ... LP 25.99
A 60s Cali group named The Pyramids, but one who might have been named The Monks instead – given that all their members shaved their heads, while also delivering a razor-sharp version of guitar-heavy surf rock! The Pyramids may not have been the biggest name on the west coast scene at the time – but like so many other "lost" groups, they've got amazing instrumental chops – not just on guitar, but on bass, drums, and keyboards – which they deliver with great intensity in this mix of vocal and instrumental tracks! Titles include "Koko Joe", "Sticks & Skins", "Paul", "Here Comes Marsha", "Walkin The Dog", "Everybody", "Out Of Limits", "Contact", "Pressure", "Pyramid Stomp", "Custom Caravan", and "Midnight Run".  © 1996-2022, Dusty Groove, Inc.