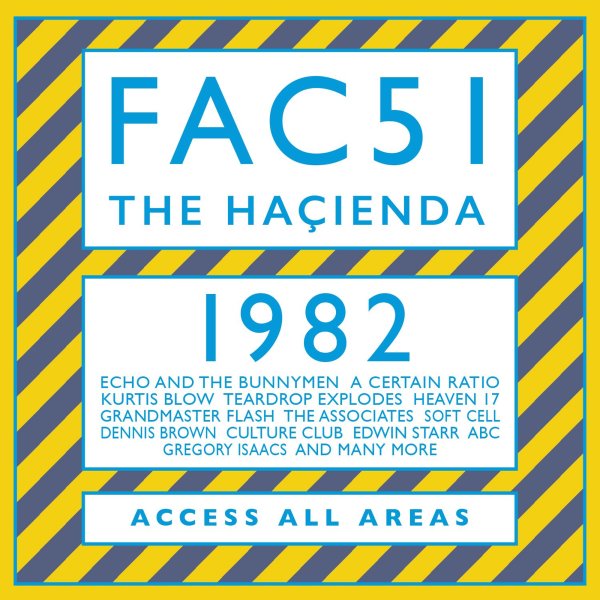 A set that really expands the legend of Factory Records – the famous label who gave the world New Order, Joy Division, A Certain Ratio, and other important post-punk bands – as the set focuses on the equally legendary Hacienda nightclub, which the label opened in Manchester in 1982! Manchester was already a city with a hell of a music scene – but at the Hacienda, all sorts of sounds and styles mixed together – in a spirit that was similar to some of the energy on the New York scene at the time, particularly at a club like Danceteria – where the quest for the new took clubbers way past standard genre designations! The Fac 51 in the title was Factory's way of giving the club a catalog number that was in keeping with its record releases at the time – and the beautiful package features plenty of information on the club and the scene – along with 65 tracks by artists who include Gang Of Four, Section 25, Defunkt, Heaven 17, Medium Medium, The Birthday Party, Kurtis Blow, Shalamar, Barry Gray, Simple Minds, Rockers Revenge, 23 Skidoo, Royal Family & The Poor, Josef K, John Cooper Clarke, Stockholm Monsters, Swamp Children, Iggy & The Stooges, Sugarhill Gang, Laura Lee, Temptations, Trio, Bow Wow Wow, Valentine Brothers, Soft Cell, The Associates, Loose Joints, Suicide, Pale Fountains, and many others.  © 1996-2023, Dusty Groove, Inc.