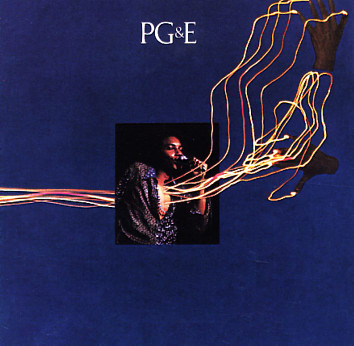 An early 70s album for Columbia by PG&E – a really strong set with great rock & soul groove in the best style of some of the other Bay Area crossover groups from the time! The line up here is augmented by some positively soaring backing chorus vocals credited to the Blackberries – a nice counterpoint to the grittier lead vocals of Charlie Allen. The tunes range from an emotive rock & soul vibe to more of a chugging rock groove. Overall it's got some heavy guitar with good wah-wah moments, rock-oriented vocals with a soulful sound! Tracks "When The Sun Shines", "See The Monkey Run", "Short Dogs & Englishmen", "Recall", "Death Row #172", and "The Time Has Come (To Make Your Piece)" and more.  © 1996-2021, Dusty Groove, Inc.
(UK CBS pressing. Cover has unglued seams, some surface wear, and lightly bent corners.)