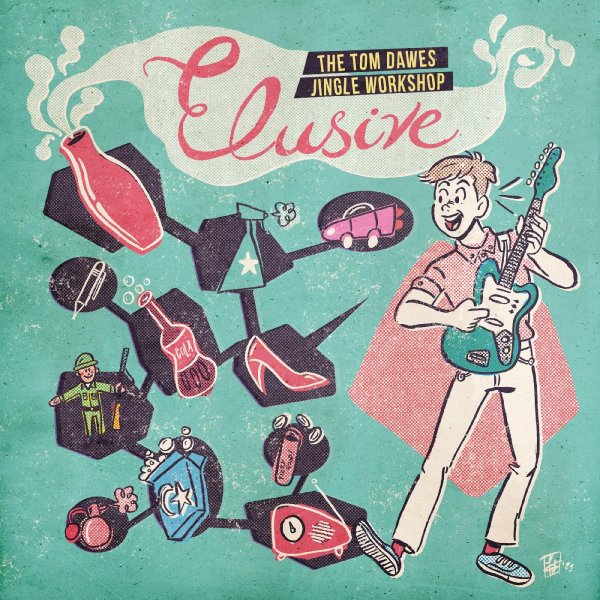 A fantastic array of really cool songs – all written and recorded by Tom Dawes of The Cyrkle – as part of a big career as a jingle writer after his group cut a famous theme song for 7 Up! The music here is great – work from a time when jingles for TV and radio ads were like mini songs in and of themselves – often as catchy as anything on the charts, if not more so – so that the tunes you'd hear for a few short seconds would stick in your head all day long! If you dig sunshine pop, there's plenty to love here – and remember that the great Roger Nichols also gave the world a wonderful tune that was originally designed as a jingle. Some of the tracks here never made it to the TV screen, others are classics – and the set includes songs written for Windex, GI Joe, Alka Seltzer, Calgon, Stridex, Murine, Hartford Insurance, Thom McCann, Life Savers, Timex, Ford, and many others.  © 1996-2022, Dusty Groove, Inc.

Astromusic Synthesizer
Fifth Dimension (Germany), 1981. New Copy
CD...$3.99 16.99
A record that definitely lives up to its name – given its blend of synthesizer sounds, and it's musical approach to the twelve segments of astrology! Each track has a different astrological sign as its title – "Virgo", "Taurus", "Cancer", "Scorpio" ... CD

L'Uomo Elettronico – Cosmic Electronic Environments From An Italian Synth Music Maestro 1972 to 1983
Four Flies (Italy), 1970s/Early 80s. New Copy
CD...$22.99 (LP...$32.99)
Weird and wonderful sounds from a very electric man – the mighty Piero Umiliani, an Italian composer who first rose to fame for a set of groundbreaking film scores in the 60s – then moved into even more experimental sound library work in the following decade! This set has Piero working ... CD