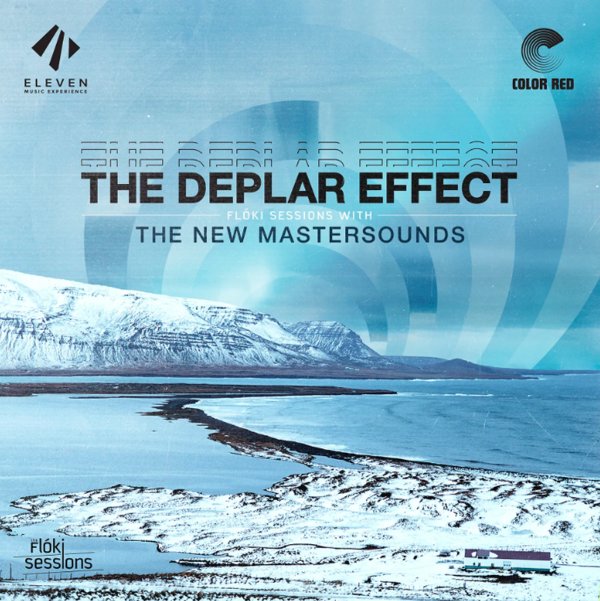 Also available
New Mastersounds — Deplar Effect (blue vinyl pressing) ... LP 35.99
It's hard to go wrong with the New Mastersounds – and even after so many years, and so many records, these guys are still totally at the top of their funky game – one of the tightest, hardest, sharpest combos around – one of the first in the 21st century generation of deep funk acts, and still one of the best! Eddie Roberts, as always, is a monster on guitar – both in terms of his solos and his sense of riffing rhythms – and the group features plenty of C3 organ and other keyboards from Joe Tatton, plus some guest vocals on a few cuts from Lamar Williams. Titles include "Gonna Get In My Way", "Hot Tub", "Let Me In From The Cold", "Georgie Famous", "Meet You In The Sunshine", "Northern Lights", "Before", and "High On The Mountain".  © 1996-2022, Dusty Groove, Inc.

Back To Business
Acid Jazz (UK), 2022. New Copy
CD...$13.99 14.99
A set with a really well-put title – not just for the artists involved, but also for the Acid Jazz label as well – as the whole thing almost seems to take us back to the glory days of the first few releases from the company back in the late 80s! Chris Bangs was the man to bring plenty ... CD

Pursuit Of Ends
Anti, 2022. New Copy
CD...$12.99 13.98
High Pulp have always been one of those groups that are nicely hard to define – but this time around, they seem to be coming across with a jazzier vibe than ever before – and a new sort of musical sophistication that really has their music falling into place! The Seattle combo's always ... CD