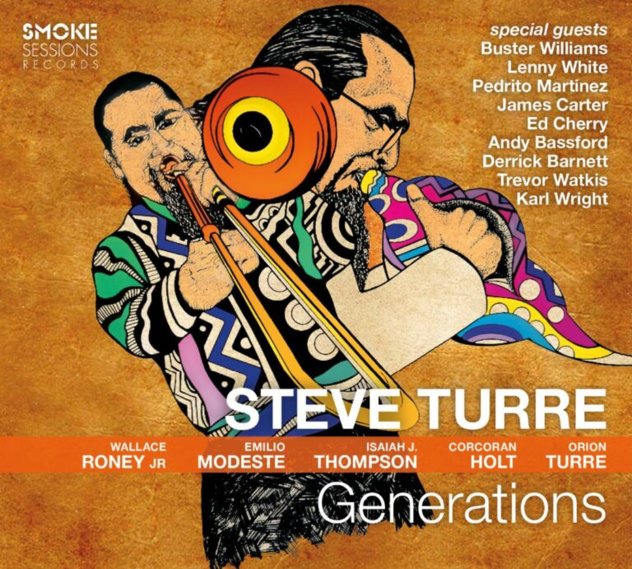 A wonderful album from trombonist Steve Turre – a player who made his mark while young, and just kept on growing over the years – with a bold musical vision that draws on all his experience with the masters, and has been shaped by his strong presence in the lead! The lineup here is a bit larger than some of Turre's smaller group records, which really gives the album a sense of majesty – as Turre's trombone soars at the helm, giving fire to work from Wallace Roney on trumpet, Emilio Modeste on tenor and soprano, Isaiah Thompson on piano, and a host of other great players who shift in and out of the course of the record – including Ed Cherry on guitar, Buster Williams on bass, Lenny White on drums, Trevor Watkis on Fender Rhodes, and Ed Cherry on guitar. Titles include "Blue Smoke", "Planting The Ceed", "Good People", "Sweet Dreams", "Resistance", "Flower Power", "Pharoah's Dance", "Don D", and "Dinner With Duke".  © 1996-2022, Dusty Groove, Inc.