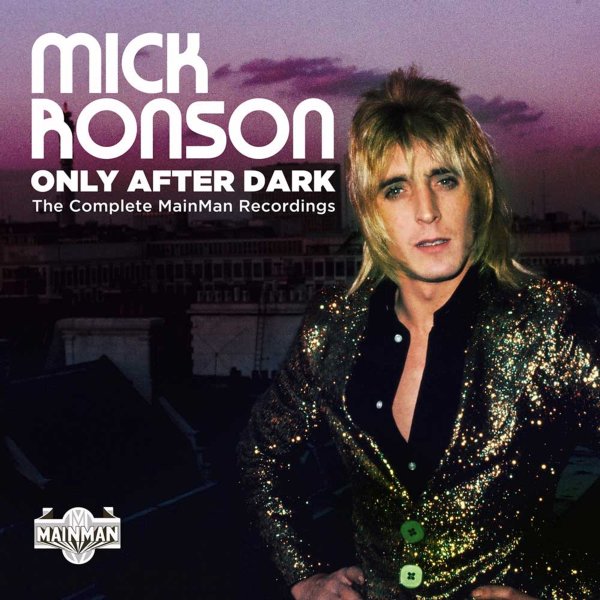 Ziggy Stardust guitar genius Mick Ronson issued a pair of 70s albums on the David Bowie Mainman imprint for RCA – and both of those records are included here, plus a huge amount of never-issued tracks and bonus material too! First up is Slaughter On 10th Avenue – Mick Ronson's first and probably best solo album – an adventurous set of glam pop that's both weird and catchy, naturally featuring some fantastic guitar pyrotechnics. Fascinatingly, Ronson starts the record with a crooning cover of "Love Me Tender", with his recognizable riffs kicking in a bit after his plaintive vocals – but it's that kind of anything goes weirdness that makes the album loads of fun, kind of closer to Queen style pomp than Bowie's astral trailblazing. Titles include "Growing Up & I'm Fine", "Music Is Lethal", I'm The One" and the Richard Rodgers penned title tune. Next is Play Don't Worry – catchy glam pop from guitarist Mick Ronson – the blazing player best remembered for his work with Bowie, here blending punchy riffs and heavier sounds with bubbly hooks and playful production touches. Our favorite tunes showcase the heavy guitar fuzz, but the oddball cutesy songs are endearing in their strange way. Ronson kind of throws a bunch of stuff at the wall here, and the stuff that sticks gets you nodding your head and smiling at the more innocuous touches. Titles include "Billy Porter", "This Is For You", a weird, piano peppered cover of the Velvet Underground's "White Light/White Heat", "Empty Bed", "This Is For You", "Woman" and more. Both albums come with bonus tracks that include live tracks and rare demos, plus some outtakes and an interview too. CD3 features rare 1976 sessions – with titles that include "Hard Life", "Takin A Train", "I'd Give Anything To See You", "Hard Headed Woman", "Roll Like The River", "Angel No 9", and "Junkie For Your Love". CD4 features more rarities – tracks that include demo and live takes of material on CD3 – the live material of which was recorded in Buffalo in 1976. 60 tracks in all – and a nice booklet of notes!  © 1996-2022, Dusty Groove, Inc.