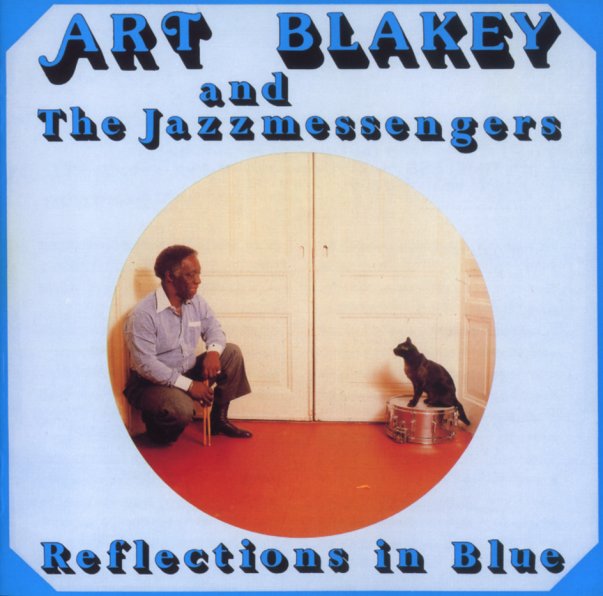 Key proof that Art Blakey was still going strong in the late 70s – continuing his 60s legacy of working with the best young players he could find, in a setting that was bristling with sweet soul jazz energy! This version of The Jazz Messengers includes some tremendous players – including a young Bobby Watson on alto, the great David Schnitter on tenor, James Williams on piano, and Valery Ponomarev on trumpet – all grooving with Art in a style that steps nicely from the soulful Prestige Records years, when Blakey was leading the group with Woody Shaw and Carter Jefferson. Tracks are nearly all originals – loping and grooving with a soulful finish that's really wonderful, showing off equal parts of writing from nearly all corners of the group. The album's awash in soulful joy and love, and titles include "Reflections In Blue", "ETA", "Mishima", "Say Dr J", and "Stretching".  © 1996-2023, Dusty Groove, Inc.
(Individually numbered limited edition pressing – on heavyweight blue vinyl!)