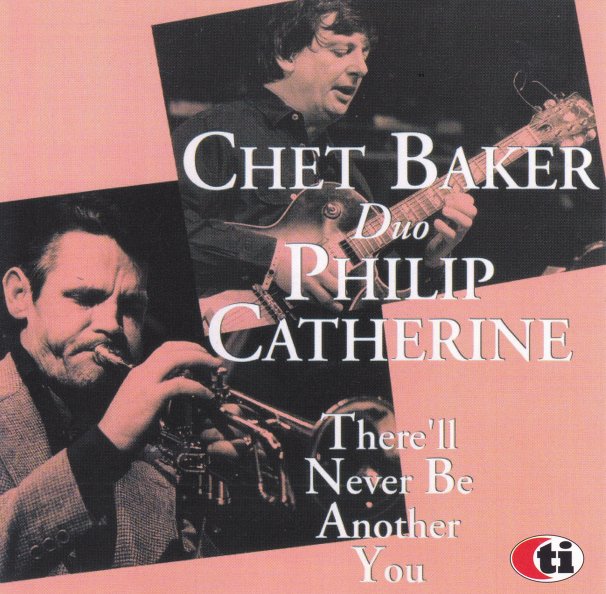 There'll Never Be Another You

Chet Baker did so many wonderful things in his later years, which are often sadly overlooked except for those in the know – and one of the best was to start working with guitar more often, instead of piano – using the gentleness of the instrument to really change his style and the different way he shaped his notes! That approach is heard to perfection here – as Baker blows alongside guitarist Philip Catherine – a partner on other late sessions, but performing here without any other instrumentation at all – just his guitar and Chet's trumpet, on these beautiful long tracks that stretch out with a sublime sound throughout! Chet sings a bit, but his trumpet "voice" dominates, and is completely mesmerizing – on titles that include "Beatrice", "Leaving", "My Foolish Heart", and "There'll Never Be Another You".  © 1996-2022, Dusty Groove, Inc.