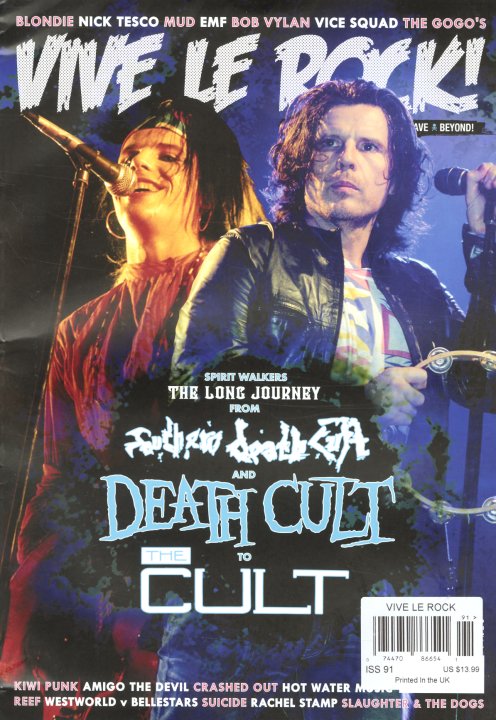 The story of a band who shortened their name and found fame in the process – as Southern Death Cult became Death Cult, then The Cult – and helped usher the world of goth into the mainstream! The issue has plenty more too – bits on Vice Squad, Blondie, Mud, EMF, Suicide, Slaughter & The Dogs, The Gogo's, and other bands from that 80s moment that Vive Le Rock covers so well!  © 1996-2022, Dusty Groove, Inc.