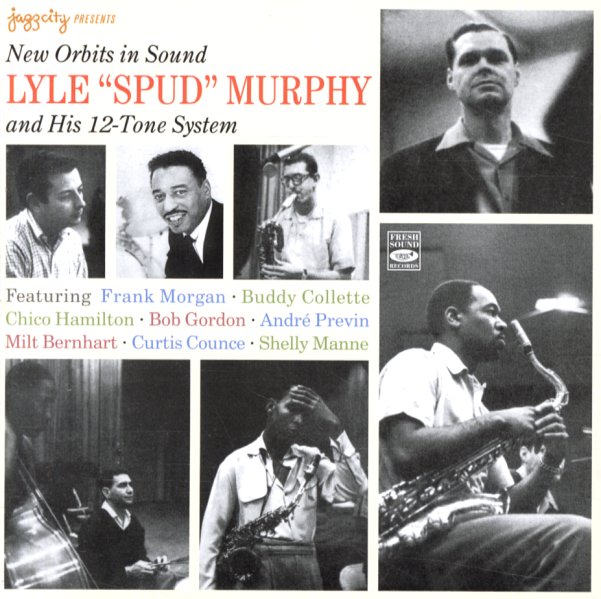 New Orbits In Sound is an obscure west coast set – featuring some very hard-driving big band arrangements, short but with breakout solos that really keep things moving along at a good pace. Murphy wrote and arranged most of the material – cool little offbeat tunes, many with a space theme to match the cover of the album. Players include Frank Morgan, Milt Bernhart, Chico Hamilton, Buddy Colette, and Bob Gordon – and titles include "Lost In A Fugue", "Frantastic", "Frankly Speaking", "Tone Poem", and "Orbit". Gone With The Woodwinds is a rare bit of mid 50s modernism from composer Lyle Murphy – one of the most angular talents on the west coast scene of the time, but an artist who also manages to swing with a nice little groove! On one hand, Murphy's got some key academic inspiration behind his music – as you might guess from the "12 Tone" title – but on another, he still works with a sense of jazz solo energy, so that he lets the players in his group get enough voice into the tunes to shape them into their own. Members of the group include Buddy Collette, Abe Most, Russ Cheever, Jack Dumon, and Chuck Gentry on reeds – plus rhythm from Andre Previn on piano, Curtis Counce on bass, and Shelly Manne on drums. Most tunes have complicated reed interplay, supported by more swinging jazz rhythms – and titles include "Poly Doodle", "Perdido", "Triton", "Fourth Dimension", "Seismograph", and "Pemba".  © 1996-2022, Dusty Groove, Inc.