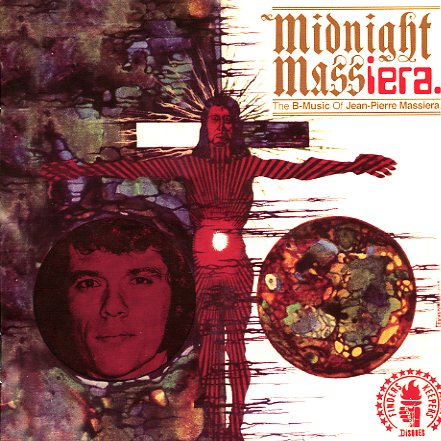 Mad music from Jean-Pierre Massiera – the legendary producer who was steeped in the hippest sounds of the French scene of the 60s, then moved to Quebec to forge a wild style that was all his own! Jean-Pierre rarely ever issued work under his own name – and instead recorded under a host of pseudonyms, or in projects with other artists – which made for an ever-shifting array of new names, new sounds, and unusual records – a good deal of which are collected here in this set! The package really focuses on the freakiest side of Massiera's sound – the fuzzy, electric qualities that were first picked up from a European scene that included early prog, analog electronics, and hip pop experiments by folks like Pierre Henry or Jean-Claude Vannier – moved well into Massiera's own territory over the course of recordings like this – with lots of weird studio tricks, odd effects, and other hip bits. There's a really funky feel to many of the tracks here – that psyche-funk groove you might find on other Finders Keepers collections – and Andy Votel has written some very copious notes for the package, fully detailing Jean-Pierre's massive (and massively weird!) musical legacy. 18 tracks in all – including "Space Woman" by Herman's Rocket, "Onomatopaeia" by Human Egg, "Bizarre" by Les Chats Renaissance, "Visitors" by Visitors, "Ivresse Des Profondeurs" by SEM Studios, "L'Eletrocute" by Jesus, "Itubo Del Anno" by Basile, "Mao Mao" by The Starlights, "Pop Or Not" by Chico Magnetic Band, "Kriminal Theme" by Les Maledictus Sound, "Egg" by Atlantide, "Sing Sing" by Chris Gallbert, and "Secret La Vielle Dame" by Afterlife.  © 1996-2022, Dusty Groove, Inc.