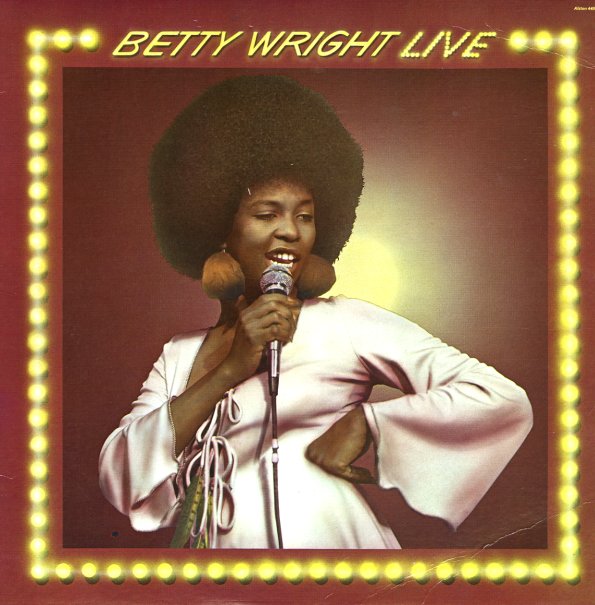 A fantastic live album from the great Betty Wright – and one of the few recorded documents of the way that classic soul singers would evolve the nature of their songs in a concert setting! Betty's recording for Alston/TK here, but the mode she uses is one that would grace countless performances to come from lots of her southern soul contemporaries, including many who would end up recording for Malaco in the 80s – this warmly personal, all-entertainment approach that really heightens the spirit of the singer way past their familiar songs and lyrics. Betty does some great monologue bits on the album – the most famous of which is on her 8 minute take of "Tonight Is The Night" – hugely superior to the studio version. There's also a great "Clean Up Woman Medley", in which betty sings that song and mixes it with bits of other 70s songs over the course of 11 minutes – showing that she's the one and only clean up woman! Other tracks include "Where Is The Love", "You Can't See For Lookin", "Lovin Is Really My Game", and "A Song For You".  © 1996-2022, Dusty Groove, Inc.
(Cover has light staining & waviness along bottom due to moisture. Includes TK inner sleeve.)

Special Delivery
Shield/TK, 1978. Very Good+
LP...$29.99
Late harmony soul from the DC scene – an overlooked gem by a group whose equally great on club cuts and mellower numbers – in a mode that steps off from the Philly sound of the mid 70s, and pitches things with a slightly hipper flair! There's some especially great tracks here that have ... LP, Vinyl record album

Who Do Ya Love
TK, 1978. Sealed
LP...$6.99
Classic 70s work from KC & The Sunshine Band – a record that's not as hit-heavy as previous efforts, but still a plenty great set that's filled with catchy dancefloor funk! KC's clearly feeling the heat of the disco fire he helped to ignite a few years before – and there's ... LP, Vinyl record album

To You Honey – Honey With Love
Alston, 1980. Very Good+
LP...$1.99
A great collection of work by singer David Hudson – a great vocalist who recorded for TK during the end of the label's hit years, and in a mode that was quite different than other artists on the Miami scene at the time! The groove here is sweet and smooth modern soul – done with a ... LP, Vinyl record album

When You Hear Lou, You've Heard It All
Philadelphia International, 1977. Sealed
LP...$4.99
The move to Philly International did wonders for Lou's career – and there's no denying that the smooth soul sound of Gamble and Huff worked perfectly with his rich vocal style! The "classy" setting took Lou to a whole new level, while also providing a good force for his still-soulfu ... LP, Vinyl record album